skip to main | skip to sidebar

If It Really Happened, Would Fox News See the Irony? 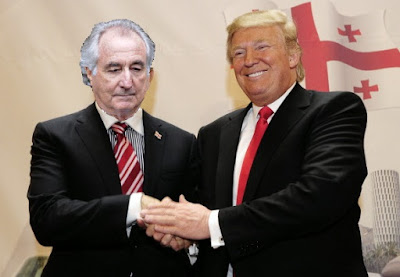 In a stunning move, President-elect Donald Trump announced that he would be pardoning Bernie Madoff, the Wall Street investor convicted in 2009 of operating the largest Ponzi Scheme in US history. "Bernie is a friend of mine, and I believe that he has served more than enough time for his crime," Trump said to a small gathering of reporters outside of the Butner Federal Corrections Complex in Granville, North Carolina, where Madoff has been serving time for his financial crimes since 2009. "It's time he put his skills and talents to work for America, rather than letting them go to waste in prison." Trump added that "Bernie will make an excellent Financial advisor, who will help us catch crooks and tax cheats. Who better to catch financial crooks than a guy who knows all of their tricks?"

Madoff made no comments, but seemed rather out of place in the press conference, never making eye contact with the reporters. Trump never offered the opportunity for the press to ask questions about his move, and simply added that Madoff will be part of his cabinet to advise the Trump administration on finances. The pair posed for photos, and were hurried out by Trump's private security team.

If you hadn't guessed it, this is a piece of fake news, made up for a joke, to see if people got the irony. It's totally fake, and I only used well-researched facts to give it the aura of real information. 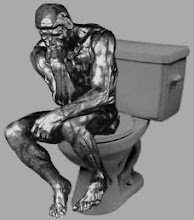 David W. Irish
David W. Irish is the author and artist of the most famous parodies of Jack Chick comics, as seen on Weirdcrap.com, as well as the book "America's Taliban: In their Own Words", available from "See Sharp Press. He is a long time atheist, critic of the far right, humorist, and proponent of weirdness. His website, Weirdcrap.com, has been around since the early days of the World Wide Web (Since 1994), and has been a popular site among detractors of religion, and proponents of weirdness.

Followers of this blog

Psycho Dave's Commentary has been added to The Atheist Blogroll. You can see the blogroll in my sidebar. The Atheist blogroll is a community building service provided free of charge to Atheist bloggers from around the world. If you would like to join, visit Mojoey at Deep Thoughts for more information.